There are many improvements in this release - the biggest one is the ability to run multiple instances simultaneously. There is also basic themeing support, a better first run experience and more bugfixes than you can shake a stick at. 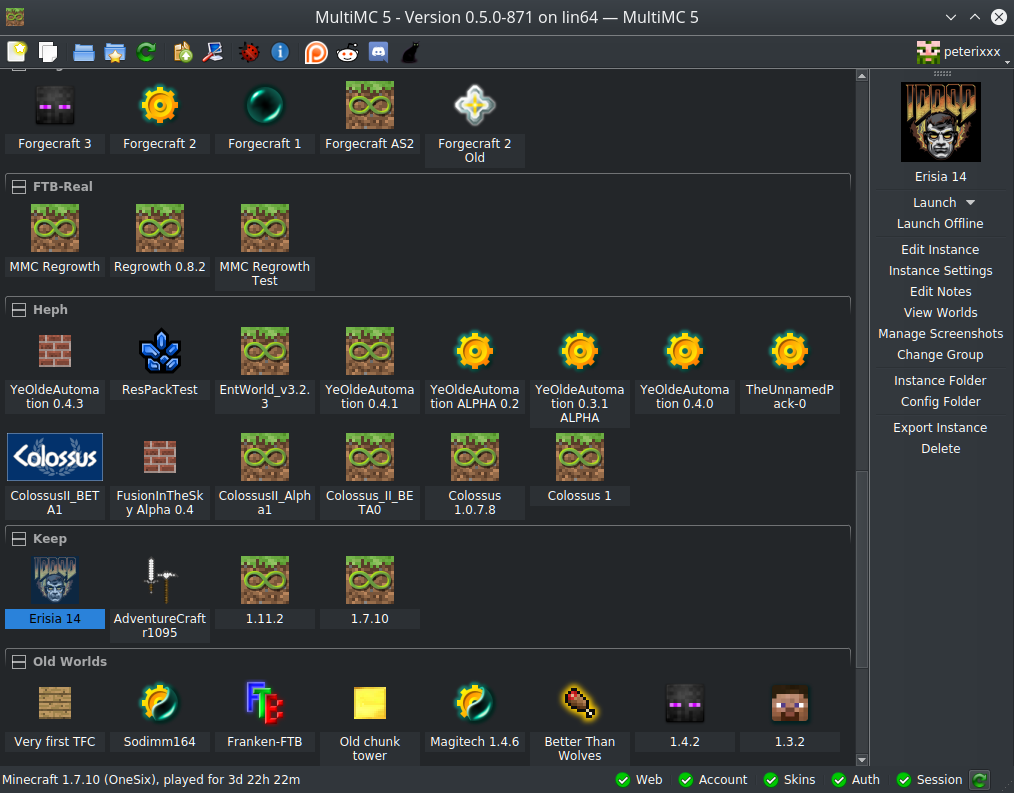 I’ll let the changelog speak for itself and let you discover all the new features.

The focus of the next release will be modpacks and integration with modpack platforms.

You can look forward to these:

Not everything might end up in the same release though, and not necessarily in the same order. I’d like to keep the releases small.

All the existing suggestions are available on the MultiMC workflowy list.

The actual planning for the next release will happen on this list.

If you want the project to continue and expand, please support it on Patreon!