After about half a year, a new stable release is (almost) ready. This one includes plenty of behind the scenes fixes and also some UI and usability improvements.

Why almost? Apple forced my hand and made me release early by breaking secure connections on OSX. The remaining issues weren’t critical though, and I decided to push the release now, rather than leave the OSX users hanging.

Stable releases should come in a more timely manner from now on.

Enough bug fixes to fix… a lot of things

With almost half a year since the last stable version, the list of fixes is very long indeed.

Probably the most important part of MultiMC - network and download functionality - has been improved significantly.

If you still play some very old version of Minecraft, you’ll also notice that some mods now behave better - instead of letting java load them, we just stuff everything into the Minecraft jar, just like the old mods expect.

The problem that triggered this release - broken root certificates on OSX - has also been fixed.

No bees were involved in this release.

We’ve added some simple modpack import and export functionality into this version. You can export instance as minimal zip files using the handy export dialog that lets you pick which files to export and even remembers them for the next time: 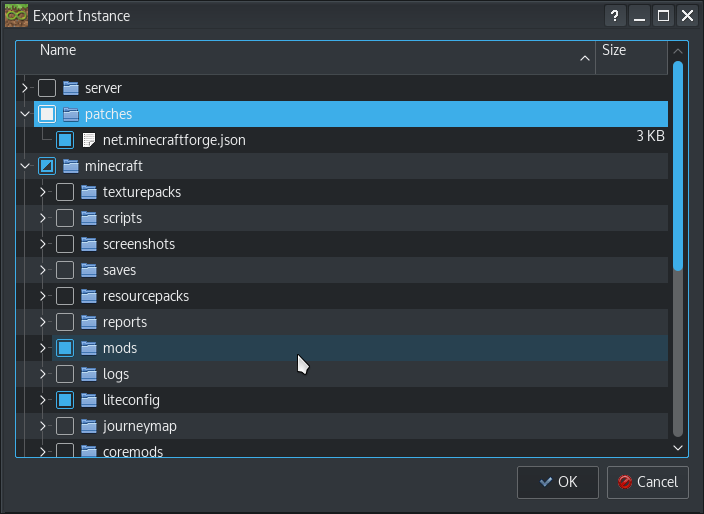 And the instance creation dialog lets you pick local and remote pack zip files instead of just Minecraft versions: 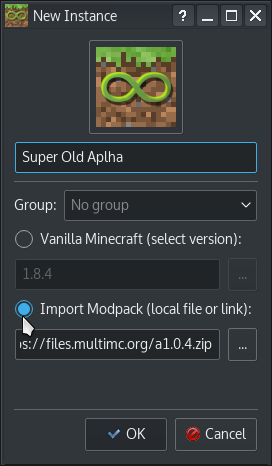 This should be expanded upon in the (hopefully) near future.

Version lists got a new facelift and now highlight the latest (with a bug icon) and recommended (with a star icon) versions. 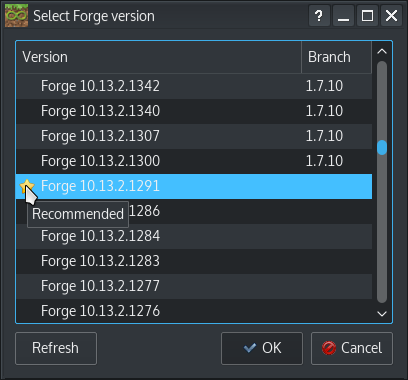 Same applies to the list that presents the detected java versions. The best one detected will be on top of the list. This should make it super easy to decide which one to use.

Exciting things are coming, at the usual glacial pace and with the ETA of “when it’s done” :)

We are hard at work at getting our own package repository running (continuation of QuickMods), along with much better modpack support. The future MultiMC will have this package repository at its core and will use it for more than just mods.

Seeing that FTB is moving to the curse platform, the FTB tracking support will be abandoned when the FTB launcher stops working. The replacement should be import (not tracking) of other launcher instances and direct download and updating of modpack instances from the various platforms out there.